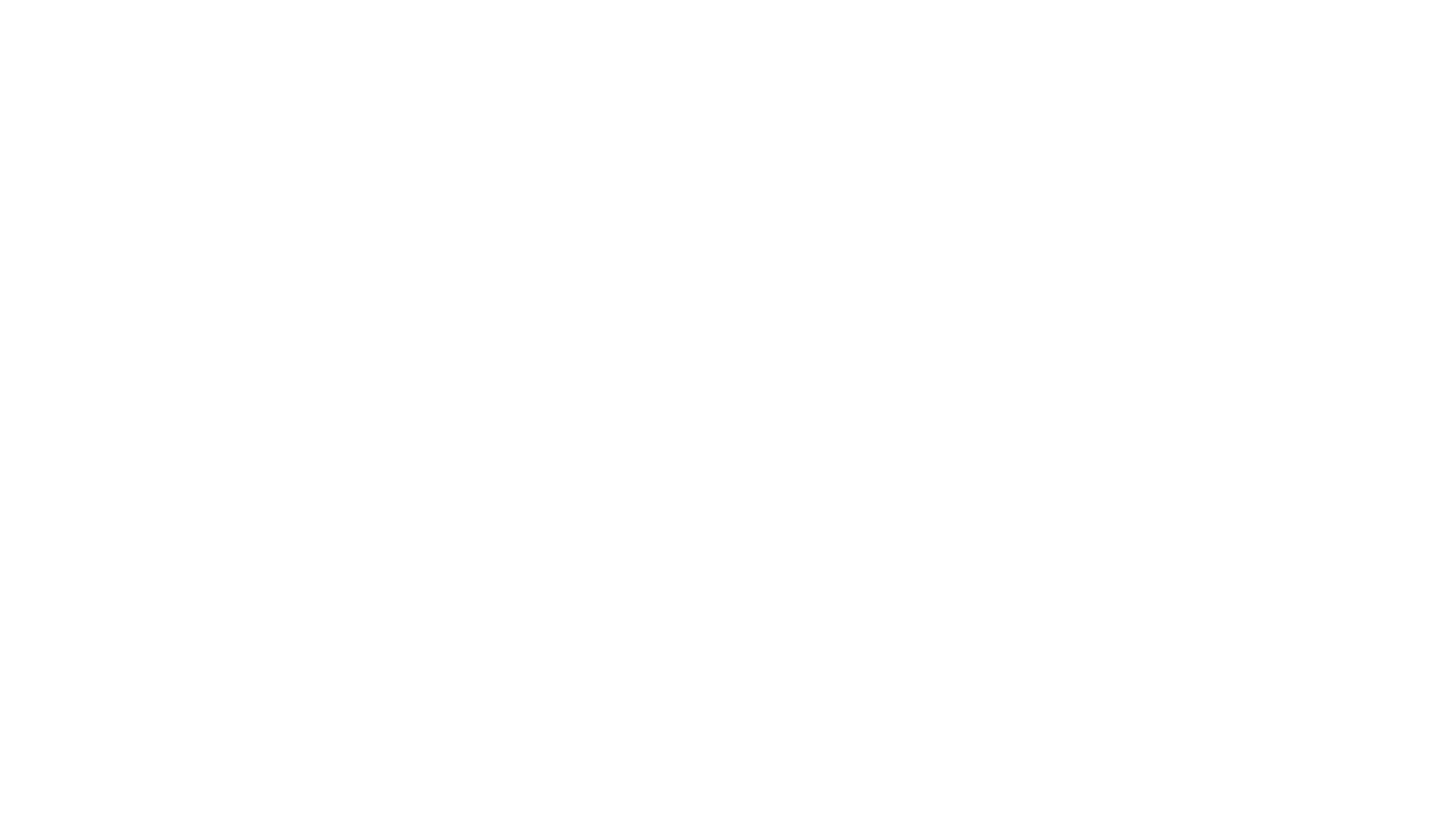 Hey guys, I hope you are all doing fine! Today I want to tell you about how my career as a model started. I learned so much since the beginning and I hope you can take away something from it, too.

It all started six years ago – in 2015. I was 19 years old at the time, visiting a fitness fair called fibo. Maybe you have heard of it. I was walking around as a visitor, looking at different things, talking to people, when a photographer approached me. He said that I’d look interesting (because that’s what you want to hear, right? You look „interesting“ :D). He said that he wanted to take pictures of me. He gave me his little card and off he went.
I was really stunned by that. It was the first time anyone ever told me, I could be a model. And, to be honest, I thought he was lying. 😀 But that meeting sparked a fire in me. From that day on I wanted to become a model.

When I was in school, I was always the smallest one of my classmates, because I was a year younger than them. So naturally that was pretty rough. When I turned 16, I said to myself: I want to change something. I want to be a person, people look up to. And when I got the offer to take those pictures, I wanted to prove to everyone, my classmates, my old friends, my university colleagues, that I can become a model. So I accepted the offer and took the pictures.

It was a very interesting shoot, because I have never been in front of a camera before, it was a first for me. And when I saw the pictures, I almost gave up immediatley. I wasn’t happy with my body at all. I had pictures in mind of those „perfect“ fitness models with their abs and perfect shape – they were just all well trained Abercrombie guys. And then I looked at me and thought: Oh, damn. That’s not what I look like.
So I decided to train more. I went to the gym every day. And I continued taking pictures with the photographer. From shoot to shoot the pictures got better and better. And I got more confident because of that.

With that new confidence, I started uploading these pictures on Instagram. But what I was doing then wasn’t Fashion Modeling at all. It was more like Art Style, Art Photography, Fitness Modeling, Instagram Modeling, whatever you want to call it. But it was no proper Fashion Modeling.

And then everything happened pretty fast. On Instagram I grew to 100k within a couple months and I got awards as an Influencer – but that wasn’t my dream. I wanted to become a proper Fashion Model. That was my goal from the first second I’ve started. But it was hard to get into the whole business.

In late 2017, when I finished my studies, my mum wanted me out of the house :D. She wanted to push me and support me doing my masters degree or growing my personality by going to Australia, doing Work and Travel. Those were my two options, both with big potential in it. In the end, I decided to go to Australia, because there I could do Social Media on the side and at the same time explore the world and grow my personality.

So I went to Australia. I started as a backpacker for three or four months and went from Melbourne to Sydney. Because simultaneously I was growing as an Influencer, I got invited to many events, which was really cool. And at one of those events I met my first proper Model Agent.
With that agency I learned the in and outs oft he Modeling Industry. I learned about test shoots (You can, too, it’s on my website 😉) and I got my first jobs.
Then I got very lucky, because Carlos Böttcher came to Australia. He is a proper Fashion Model and actor. I learned a lot from him, especially how to act in front of the camera. I am very grateful fort hat, Carlos!
From there on out I shot for „Aussiebum“, which was my first major shoot. And after that I even got to do some stuff with their daughter company in New Zealand, which was amazing as well! With those experiences in mind, I went back home to Germany.

Having done some cool shoots in other countries, I now wanted to become a Fashion Model in Germany. But that was a lot harder that I thought it would be. In every country something else is required from you. In Germany, for example, they are very strict about the height and they don’t like searching for new Model Faces. In the U.S. on the other hand it is completely different, they love finding fresh faces.
Because of that, I couldn’t find an agency back home. I had to split from my agent in Australia, because my Visa ran out and I wasn’t able to go back there. But luckily for me, another door opened itself.

Signing up with DT Modelmanagement

I got in contact with DT Modelmanagement, which is my Model Agency right now. I wanted to try it big. I wanted to become a model in America, the land of opportunities! In the U.S. all the big campaigns are done, and in addition to that, there is a much greater variety of model types. Every Model has his or her unique style. I am more of a commercial guy, even though I have done High Fashion Modeling as well …

When I signed with DT, I went to Singapore. Why? Because I didn’t have my Visa for the U.S. It is very hard to get. You have to have dozens of magazine publications, you have to have support, people have to recommend you, it is a real struggle to get that Visa. Right now I am applying for it, so fingers crossed!
At that time Singapore was a great option for me. It was a lot easier to get magazine publications there as in comparison to europe. I went there for three months and was working quite well – even though the market in Singapore does not pay very well. As a Fashion Model, you always have to invest in yourself for your future, especially in the beginning.

Having done that, I got back to europe. I signed with a Model Agency in Milan, and I went to Milan. That was the next step. Sometimes Model Agencies pay for an AirBnB and part of your travel, which is really cool. But that wasn’t the case for me, unfortunately. I had to pay everything myself, but like I said, sometimes you have to invest.
So, I did pretty good in Singapore, I was confident enough to go to Milan and … I did not book one single job there. Not one. Obviously I was very depressed about it. But I have learned that sometimes you don’t get a job. If you don’t, that is not the end of the world, just work as hard as you can to get the next one! In average a model gets one in ten jobs, so don’t get upset if you don’t get anything for a couple of weeks or even months. Just make sure you work on yourself to get the next one.
Luckily for me, I was doing Instagram and creating my own videos on the side, so that way I had some sort of progress and still had a great time there.

When I got back home, Corona struck. We got in full lockdown and I was stuck in Germany. But it was actually a blessing in disguise for me. After months of travelling I was very privileged to spend time with my family. I grew my hair out, I shredded down my body, I started the Visa process for america and – when the lockdown was allowing it – did a few jobs here as well.

Now it is 2021. I hope to get my Visa very soon and smash the Fashion Modeling world overseas in the U.S.!

So, that is pretty much my story. I think, the most important advice I can give you is something, which has been said very often, but cannot be said enough: Never give up on your dreams! For a model, I didn’t have the perfect prerequisites. I don’t have the height for it, all the Model Agencies in Germany told me that I am too small.
I think you have to find your own market and believe in yourself. I believe in myself. I am going to america and I will smash it over there! I have done jobs (MCM, Levis, Cartier, Aussiebum,…) , I have done magazines (August Man Magazine, GMARO Magazine Cover, Desnudo Homme Cover, Vanity Teen Magazine, …) So I know, I can be a Fashion Model.

In the U.S., you have to be prepared for every situation, so I am taking acting classes as well. And in addition to that, I want to talk more about the Modeling World with you guys. I want to take you on the journey with me and maybe even give you some advice, if you are starting your own road.

The Youtube Video below will give you more insights and pictures about my journey.

Also check out my other Channels for more inspiration!